Benford’s Law is a fascinating mathematical trivium. Take many kinds of seemingly random data, and look at the first digit of each datapoint. Intuitively, you’d probably think that there would be about the same amount of 2’s as 3’s and 7’s and 8’s and so on. But this isn’t true. There are far more 1’s than anything else. And there is a distinct distribution the rest of the digits fall into. Read more about it at Wikipedia. “This counter-intuitive result applies to a wide variety of figures, including electricity bills, street addresses, stock prices, population numbers, death rates, lengths of rivers, physical and mathematical constants.”

This isn’t for all kinds of data. Lottery numbers are truly random. Height in inches will mostly start with 5s and 6s. On the other hand, this is one way to identify tax cheats. Just look at all the numbers on their return, and they should follow this distribution. Cheaters who make up numbers make up random sounding numbers that aren’t really random the right way.

I decided to check it out. I looked at some traffic data for a “random” website. I looked at how many people visited it by area of the country, and how many of them opted-in to a database. The results follow:

Update: “What’ a DMA?” It’s the way the Neilsens break up the country for ratings and is the de facto standard for analyzing geographic performance for any company with a strong advertising component. It stands for Direct Marketing Area. There are 210 of them, so it’s a good amount of data for a test like this.

A religious map of the USA. Fascinating. I really didnâ€™t know how prevalent Catholicism is.

The Civil War in 4 minutes. Each week is 1 second.

An interesting and rambling interview with a hedge fund manager.

The â€Beatniksâ€ perform Stairway to Heaven. And a very cool version from Stanley Jordan

That is just so… wrong!

This and this arenâ€™t exactly right, either.

Is your monitor dirty? This website will clean it up for you.

Any economy needs a recession once in a while. When you have a bubble, the bubble needs to pop. You need to take some pain to get things on track. People and the economy suffer, but then you donâ€™t have a bubble anymore, which is good. Itâ€™s foolish to think there will never be a recession. We need a recession. We don’t want an all-out depression, or even a very serious recession, but occasional recessions are good and necessary for the long term future of the country. Our fundamentals are incredibly out of whack, and it takes some pain to correct them.

The most fundamental of the fundamentals is the national debt. The debt has skyrocketed the last 7 years under our â€conservativeâ€ administration. One of the main reasons we are at this point now is because of foolish economic decisions made years ago the increase the debt (Tax cuts, Medicare Plans, Iraq, etc.). When youâ€™re in a hole, stop digging! The very best thing that we could do for the long term health of America would be to reduce spending and pay down the national debt.

The stimulus package has a couple other problems. Mailing out income tax rebates is not the best way to do it. The poorest people donâ€™t pay taxes, so they donâ€™t get a check. That makes for a regressive package, where the poor don’t get the benefits. And the people best able to weather the storm and most likely to not use the money for anything useful, get the most benefit. Itâ€™s regressive, and not as effective. Also, a stimulus package takes a long time to do anything, 5-12 months.

One of the only other tools we have to mitigate big problems is the interest rate. If the interest rate approaches zero, and we cannot lower it anymore, we take away one of the best tools we have. (This happened to Japan.) The current (threat of a) recession is not very big. We donâ€™t know yet know how big the recession is, but so far not much has happened. The overall economy is still chugging along very well, your front page news and political rhetoric notwithstanding.

Our interest rate is already very low by historical standards. You donâ€™t take one of your main weapons (interest rate) and use it at the very beginning of a possibly recession, wasting it so you canâ€™t use it as effectively later. Thatâ€™s just foolish. Itâ€™s doubly foolish to do so in a way that screams â€panic!â€ to the world. All the measures taken so far are foolish and counterproductive to a healthy economy.

It’s like checking the 5-day forecast before going on vacation. Yes, you don’t have to. Yes, it adds more surprise if you don’t. But why wouldn’t you?

Yesterday was the boy’s 5th birthday, so we took him to the movies for a treat. He had already seen the few kids movies that were out, so we went a bit more adult and feminine and saw Enchanted. He hated it.

But we loved it! It’s a load of fun and very clever. My last post was about a book that’s looking in the psych of comic characters. A bit of “what if they were real?”. This movie is definitely the same kind of thing, but for fairy tale Disney characters, what if they were real? Both of them do a great job of exploring a lot of the issues.

At any rate, if you have young children, bring them to see Enchanted. They might not like it, but you will. 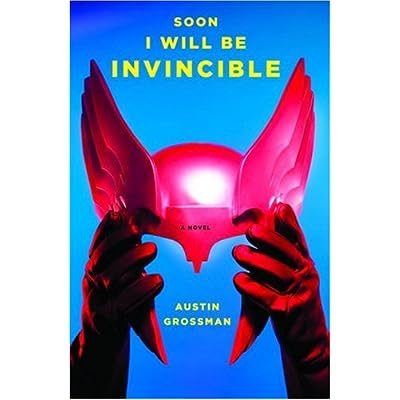 Our retirement accounts are down about $11,000 in the last few weeks. That’s a lot of lira. I’ve been surprised by our own reaction, we’re just not that worked up about it. We have a long term perspective, this too shall pass. And last spring, we put a large proportion of funds into money market and international funds.

I’m curious to know, what are my readers doing? Are you diversifying? Panicking? Not noticing at all? Selling financial stocks short? What’s your view on the overall economy, and what are you doing with your own pile to reflect that?

The Legend of Cliff Young: The 61 Year Old Farmer Who Won the Worldâ€™s Toughest Race

Guess what song this is. This is very cool when you finally get it.

A collection of top 10 lists about movies, books, writers, etc.

Tyler Cowen (interesting economist blogger) with two posts, what heâ€™s certain of, what he is uncertain of, and another one does the same thing.

They meet, fall in love, get married. Then they find out they were twins, separated at birth.